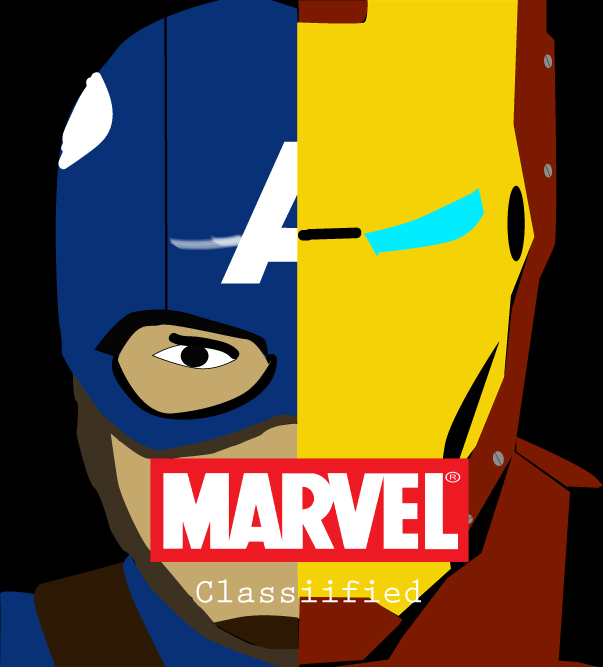 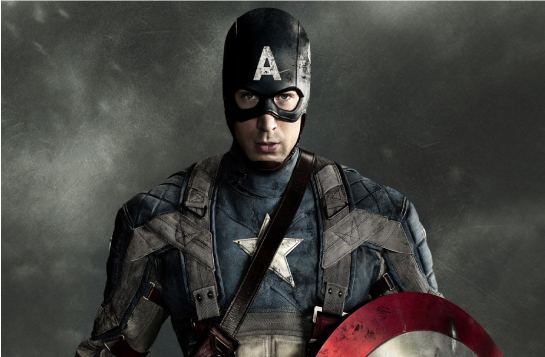 Captain America a.k.a Steve Rogers is an American soldier from the year 1941 during the war against Hydra. Steve Rogers was a weak soldier who wants to help other soldiers and to serve his country. For a few weeks Steve Rogers was later asked if he was ever interested to become the first Super Soldier, Steve Rogers later then agrees to the experiment which is called the Operation Rebirth. That transfroms him along with the Soldier Serum to become the first Super Soldier. After all the battles Steve Rogers later faced against the Red Skull who was the main antagonist in Captain America Lore. After a few battles Captain America strikes down to cryo sleep under the ice of waters for 70 years. Today he continues to fight for his own country especially for the sake of the whole world with the Avengers Initiative

Captain America has no superhuman powers, but through the Super-Soldier Serum and "Vita-Ray" treatment, he is transformed and his strength, endurance, agility, speed, reflexes, durability, and healing are at the zenith of natural human potential. 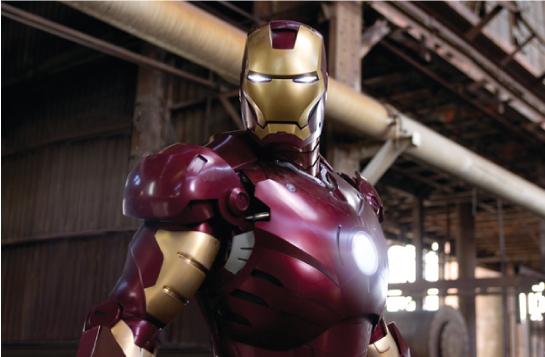 Iron Man a.k.a Tony Stark is a rich and talented engineer who develops mechanical weapons for the military. His story of being Iron Man began when Tony was abducted by a ton of terroists forcing Tony to make as many weapons as possible for them. Although Tony refuses to, instead he decided to build a weapon for his own sake in order to escape the terroist area of when he begins to build his own first phase of the Iron Man suit and fights his way to escape the area, to figure out who was responsible for the attack and to put an end to the terrorist domination. For the past few years Tony Stark kept on building new models of suits that can do loads of different variety and abilities.

Later on the story Tony Stark joins the rest of the Avengers to help the other heroes to fight more threats that are might murder other innocent people.

Personal Weaponry. The Iron Man armor, as well as providing superhuman strength and phisycal protection for Tony Stark, also contains jetboots that allow him to fly, and a variety of weapons including repulsor rays, pulse beams, missile launchers, lasers, tasers, and flamethrowers. 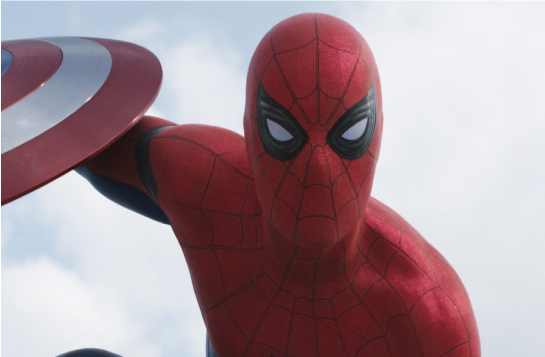 The bite of an irradiated spider granted high-school student Peter Parker incredible powers. When a burglar killed his Uncle Ben, Peter vowed to use those abilities to protect his fellow man, driven by his uncle's words: With great power comes great responsibility!

Immediately after the bite, he was granted his original powers: primarily superhuman strength, reflexes, and balance; the ability to cling tenaciously to most surfaces; and a subconscious ability to sense everything in his surroundings, which he called a "spider-sense".

Hello there! My name is Tony, Tony Stark the worlds Genius Billionaire Playboy Philanthropist. You are very welcome to navigate my app prototype whenever you like. Yes I am the one who created and designed this app for the Shield's Avengers Data Files. Again you can navigate and explore the rest of the app while I take a hell of a fight against many enemies with one of my finest suits that are developed for me of course. Well some of them are for Rhodey, me personally I don't really need him as my backup support that much. Don't tell him I said that!

Well I gotta go feel free to navigate the app. For me I need to take a sweet smooth flight to the Avengers Tower and continue on my work there, I'll see yeah later! 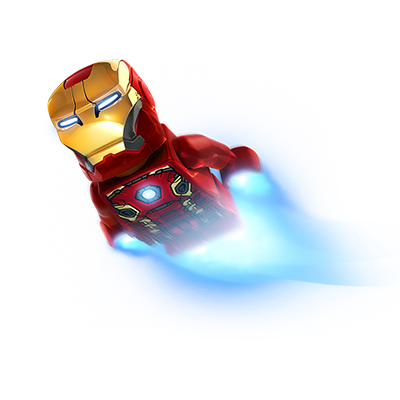 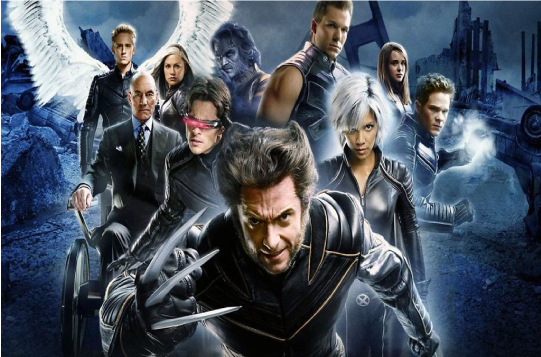 X-Men is an American superhero film series based on the fictional superhero team of the same name, who originally appeared in a series of comic books created by Stan Lee and Jack Kirby and published by Marvel Comics. 20th Century Fox obtained the film rights to the characters in 1994, and after numerous drafts, Bryan Singer was hired to direct X-Men (2000) and its sequel, X2 (2003), while Brett Ratner directed X-Men: The Last Stand (2006). 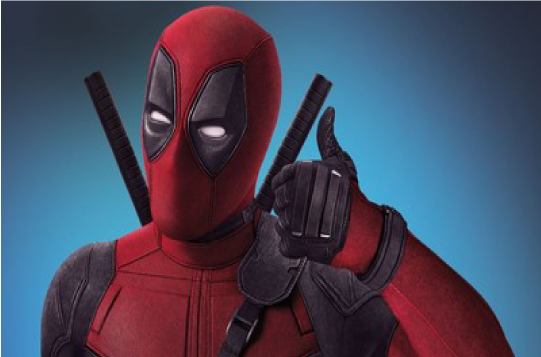 Deadpool is a 2016 American superhero film directed by Tim Miller and written by Rhett Reese and Paul Wernick, based on the Marvel Comics character of the same name. It is the eighth installment and a spin-off in the X-Men film series, and stars Ryan Reynolds as the titular character, as well as Morena Baccarin, Ed Skrein, T. J. Miller, Gina Carano, Leslie Uggams, Brianna Hildebrand, and Stefan Kapičić. In the film, antihero Deadpool hunts the man who nearly destroyed his life while also trying to reunite with his lost love. 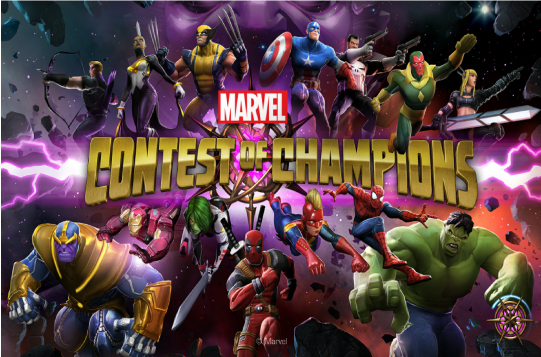 Marvel: Contest of Champions is a 2014 free-to-play mobile fighting game developed and published by Kabam. It was released on December 10, 2014 for iOS and Android. The fighting game is primarily set in the Marvel universe.

Players assume the role of a Summoner, tasked by The Collector, to build a team of Marvel heroes and villains and pit them against one another in combat. Gameplay is similar to that of Injustice: Gods Among Us and Mortal Kombat X, where the game's fighting arena is rendered in 3D with a 2D plane for the superheroes' movements and actions. New players begin with access to two characters, and can work to access additional characters including Iron Man, Spider-Man, Wolverine, Hulk, Magneto, Ultron, Loki, and Rhino. Each character is upgradable, featuring their own classes, movements, traits, abilities, and special moves.

Gameplay features an energy system that limits the number of quest-based battles that players can compete in. Energy recharges automatically at a set rate over time or players can refill their energy manually. As players increase their level their energy limit increases as well. Crystals and other items that impact play may be found in chests as players finish battles. In addition to quests, users can battle against opponents in the game's "Versus" mode. Here, players can choose their own username to identify them in the battle. They can then play against other players' champions in one-on-one matches or three-on-three limited time arenas. Opponents are A.I.-controlled so therefore they are not actual real-time players. Controversially, Marvel: Contest of Champions requires a persistent Internet connection in order to play both these single and multiplayer modes.

Made by Sketch and Figma programs

All rights and property belongs to Disney and Marvel.

NO COPYRIGHT INTENDED, some of the images and other products used for this app are for fair use purposes only.

Marvel Classified App @2017 All Rights Belong To Disney And Marvel.

Welcome to the events area in this page you will be able to maintain and organize your schedule on these Marvel related events by submitting your date and time of that specific event. NOTE: Updates may change due to Marvel or Disney's upcoming projects for the Marvel Franchise.